The WMFC has a Board of up to thirteen members, all of whom are volunteers.  Oversight of the Board is through our Trustees.  There are up to 39 non-Board Trustees, depending on the size of the Board.  Trustees elect the Board.  The WMFC is always looking for Trustees who are willing to give time and direction to the WMFC.  (If you are willing to consider it, contact the WMFC Board Secretary raffaela.mercurio@wmfc.ca.)

The WMFC Board holds monthly Board meetings and an Annual General Meeting in the spring of each year.

WMFC Officers and Board

WMFC Officers and Board Biographies 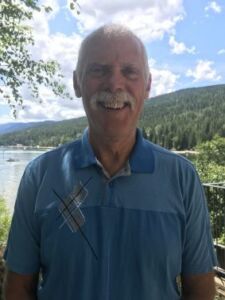 After graduating from the University of Western Ontario with a degree in Business, Cam pursued a career in the retail world, following his love for the outdoors, with Eddie Bauer both in Toronto and Calgary.  Life in Calgary dictated a change in careers.  After initially starting up a Manufacturing and Wholesale Hot tub and Spa business, which he later sold, he transitioned into the Oil and Gas Business where he successfully spent 30 years, retiring in 2010.  After initially working with Dome Petroleum, he joined a succession of junior oil and gas companies and start ups as Vice President of Business Development and concluded his career as an Oil and Gas Consultant.

Diagnosed with WM in 2003, Cam was on Watch and Wait until 2013, when he was treated with combination of Bendamustine/Rituxin.  In January 2012, he established and still co-chairs the Alberta WM Support Group and assisted in organizing the Calgary 2015 Education Forum.  In addition to WM, he volunteers in various conservation associations involved in wildlife management and habitat restoration. Betty is presently a high school teacher for the Toronto District School Board teaching deaf students in American Sign Language.  Betty has also served as the Executive Director of Durham Deaf Services – a non-profit organization providing programs and services to support the Deaf community.  In other positions she was involved in advocacy, community and organizational development, program development, strategic planning, communications, fundraising and curriculum materials development.

Betty was diagnosed with WM 17 years ago in 2002.  Just a few months after her diagnosis, she found the Oakville Support Group – the only WM support group in Canada at the time.  Shortly after, she joined the board as Vice President (now Vice Chair) and is now the Toronto Support Group Leader and WMFC Support Group Liaison. 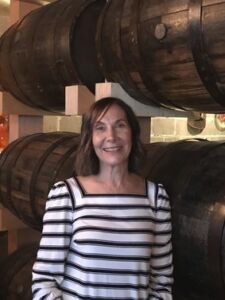 Raffaela Mercurio is a retired elementary school primary teacher with over 30 years of experience teaching with the Toronto District School Board.  She is currently doing supply teaching and tutoring.  She is also the co-author of a wordbook called Word Wiz that beginning writers can use as a tool to gain competence and independence in writing.

When Raffaela was first diagnosed with WM in late 2011, she began regularly attending the Oakville support meetings.  She found the meetings very helpful in her WM journey.  She became a statutory member in 2014 and then became a member of the board in 2016.  She helps organize support group meetings, educational forums and fundraisers.  It is her way of giving back to WMFC for all the support given to her over the past years.

Dave lives in Toronto and has been retired since 2006 after working 52 years in the life insurance industry as an actuary, first with a life insurance company where he was chief actuary, and later at Assuris, which ensures the payment of guaranteed policy benefits of insolvent life insurance companies. Dave’s diagnosis of WM followed a routine medical check-up in 1998, showing a low hemoglobin count, and two years of tests for other possible causes which were all negative. He has been a WMFC Board member since 2011, Secretary of the Board 2012 to 2020, and served as Treasurer since 2013. 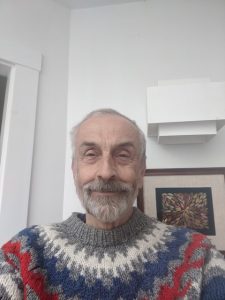 Joe is a retired Mr. Mom who graduated with master’s degrees in History and in Journalism.  In between he closed an industrial plant and worked as a corporate writer.  The grad degrees greatly improved his reading ability, permitting him to read and understand “How to Build Your Own House”.  And so he built it while serving as Mr. Mom.

Joe was diagnosed with WM in 2002 and promptly searched out a long term clinical trial strategy.  He was in three successful clinical trials in Boston with Steve Treon from 2003-2008.  In 2009 he finished CVPR at Vancouver General and then proceeded immediately to an unrelated donor stem cell transplant.  He lost his wife, Lynn, to ovarian cancer in 2017.  He continues to work with cancer patients and has assisted with Canadian Institute of Health Research grant applications for BC Children’s Hospital and BC Cancer.

Daniel Zlatin (He, Him) 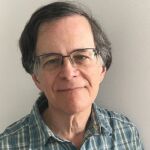 Daniel is a retired “high tech” worker.  Since his diagnosis, by accident, in 2016, he has been in a “watch & wait” state.  On discovering the WMFC, he appreciated the opportunity to exchange information and ideas about the disease and its progress (or not) with like-minded others.

After his decades of experience in real-time communication systems, he now finds himself doing something completely different: maintaining the WMFC web site and mailing list.  Daniel joined the Board in 2021.